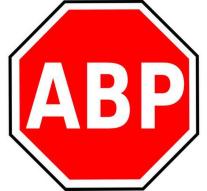 - Bild tackles with adblockers software that allows ads to be blocked on the Internet. People who use a AdBlocker are no longer welcome on the site of the German newspaper .

Site visitors have two options with a AdBlocker : they must turn off the software and take advertising for granted either pay 2.99 euros per month to eliminate most ads. Who does not either receives from Tuesday denied access to the Bild - site, let publisher Axel Springer know .

For many media adblockers an eyesore because they miss the software billions of euros in advertising revenue. Last year used an estimated 200 million people worldwide AdBlocker , 40 percent more than a year earlier. In Germany there are more than 30 percent of online users .

Axel Springer earlier this year undertook legal action against the German software EYEO , the creator of the popular AdBlocker Adblock Plus. The software EYEO would violate several laws. Last month, the developer was , however, a German court ruled in favor .