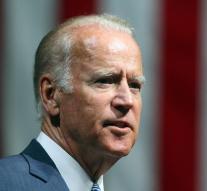 Ankara has suggested that to make the United States have failed with the coup in July. Turkey demands the extradition of Islamic cleric Fethullah Gulen, which would be the brains behind the coup attempt.

Washington has condemned the coup, but is also critical of the large-scale purification which subsequently took place in Turkey and shows all the signs. Approximately 80 000 soldiers, civil servants, journalists and scientists lost their jobs or were put on non-active, while 20 000 people were arrested on suspicion of involvement in the failed coup.