Home / Tech / Bidding on its own can not offer eBay 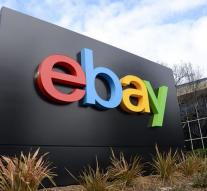 karlsruhe - Dissatisfied with the money that someone had offered on eBay, a German offered anonymous note in his own ad. He knew the price of his Volkswagen Golf thereby to increase from 1.50 euros to 17,000 euros. But that was not bidding, the German courts ruled Wednesday. The first, so lowest bid is valid.

The bidder can not get more car. Which has been sold for 16 500 euros to another. But the man does have a right to an indemnity of 16 500 euros, the amount for which the car finally exchanged hands.

The seller had his car for sale on eBay in June 2013. First offered someone one euro, then made another additional 50 cents on top of that. Then the salesman mingled with another account in battle.