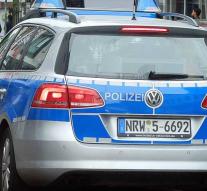 wiesbaden - Germany has Wednesday expelled a Tunisian terror suspect and handed over to the Tunisian authorities. Haikel S. is suspected, among other things, of being involved in the bloody attack on the Bardo Museum in Tunis in March 2015, causing 21 tourists to die.

The German authorities, who have been working for a while to get him out of the country, think he was preparing an attack in Germany. S. knew for a long time to stop his expulsion by legal proceedings.

On Wednesday, he was finally taken on the plane to Tunisia. The German Constitutional court in Karlsruhe had ruled on Monday that S. does not have to fear the death penalty there.