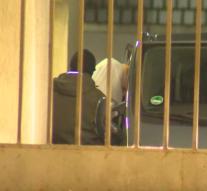 berlin - The man who was arrested for traveling the bloody attack on a Christmas market in Berlin in February on the Balkans to Germany. He then stayed in a shelter for refugees in the German capital. Sources have within the security services which Tuesday informed to news agency DPA.

According to the local station RBB Info Radio is the man from Pakistan. Earlier sources said not yet be sure that he comes from the country or from neighboring Afghanistan. The man would have used different names. Officially it is not yet disclosed his identity.

The attack on a Christmas market took hitherto twelve lives. Another 49 people were injured, some of whom seriously.