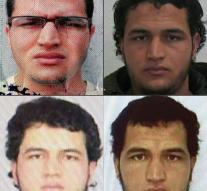 berlin - The German Bureau for Migration and Refugees (BAMF) is to advance tens of thousands of positive asylum decisions. That is what the Interior Minister Thomas de Maizière said on Wednesday after a committee meeting in the Bundestag. The control would be done, but has now been reached. There are about 80,000 to 100,000 files in which a residence permit has been granted in the period 2015-2016. The research will begin this summer.

The measure was taken in response to the rumor of the German Army Officer Franco A. This first Lieutenant with extreme right-wing sympathies expressed false pretenses as Syrian refugee. He was planning to attack a number of racist companions with the intention of putting an end to the ill-fated asylum seekers.

According to De Maizière, Franco A.'s double life is an obvious case. No other procedures have been exceeded in any of the other 2000 procedures. The check has revealed other defects, for example, in the documentation. 'That is doubtful and consequently it must have consequences. ''