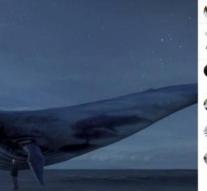 - In Belgium, the infamous Blue Whale Challenge is warned. It is a game on social media where participants receive fifty assignments. The last assignment is to rob yourself of life.

The federal parquet and Child Focus now warn parents and schools for the dangers of the game. There are eighteen cases known of young people who participated or were planning to participate in the life-threatening game.

About two years ago, the game would have started on Russian social media. At first it was thought that the game was invented, but there were also real victims of the Blue Whale Challenge.

According to the federal parquet, no deadly victims have fallen in Belgium. 'We know about eighteen dossiers,' said spokesman Eric Vander Sypt of the federal parquet against VTM News. 'Usually, there are weaker people or people who do not feel well. They then get into a group where that challenge lives. There, one person puts on the other to deal with those challenges. '

Last week, Interpol warned the Belgian police. Now the federal parquet asks the police to take seriously all the reports from parents and schools about it.

It is striking that the federal parquet communicates openly here. However, an informed decision has been made after consultation with Child Focus. 'At some point things get into the news and you can do two things: either you do not say anything, or try to get the right message,' says Child Focus Dirk De Pover against VTM News. 'That way, parents can be informed about what to do if they do. '