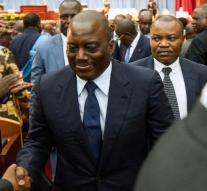 brussels - Belgian Foreign Minister Didier Reynders on Friday advised its nationals to leave the DRC if their presence is not essential. Those who still have to continue, he urged the greatest caution, especially on the road.

There had already issued a travel warning for the West African country because of the political unrest. The situation was escalated by the refusal of President Joseph Kabila to abandon the field. His term officially ends in a few days, but by postponing the elections until April 2018 he remains in power. The led to violent protests and violent intervention by security forces.

Reynders also sentenced to point out the decision of the Congolese government TV crews VRT and VTM. Other foreign media is gagged.