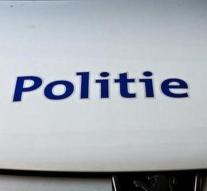 brussels - The Belgian police on Thursday a Belgian arrested on suspicion of arms trafficking, membership of a criminal organization, breach of the UN arms embargo against Libya and forgery.

In raids in the Brussels region were Wednesday arrested four people for questioning. Three of them have been released, according to a statement from the federal prosecutor. There computers were confiscated, but if there is found a trace of the weapons was not disclosed.

The case turns according to the prosecutor's office about 'illegal activities by companies from the United States, the United Arab Emirates, Niger and Belgium money laundering, arms trafficking and trafficking in military equipment destined for Libya. 'The weapons would import and / or performed using false documents. Furthermore, the prosecutor wants nothing lost.