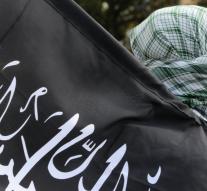 brussels - Police in Belgium has been lax in keeping an eye on two "jihad camps" organized the last two years in the Belgian Ardennes. Supervisor Committee P that has been reported in a confidential report to Parliament, which has been recognized by the Flemish newspaper De Standaard.

The camps were organized by the Kurdish PKK and Sharia4Belgium. These are two movements that are on a list where Belgian police should pay extra attention to.

The local police was not aware of one of the camps. The safety was in accordance with Committee P at stake when patrolling officers accidentally stumbled upon the camp. There are also over most camps of extremist organizations no reports made ​​by police authorities.