Home / World / Belgium is going to withdraw the Grand Mosque 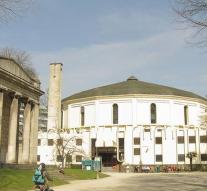 brussels - The license of the Grand Mosque of Brussels is revoked. This recommendation from the parliamentary committee examining the attacks in the Belgian capital last year is carried out 'minutially', according to the Minister of Home Affairs and Security Jan Jambon.

The salafic mosque is funded from Saudi Arabia and, according to the commission, can contribute to violent radicalism. 'The concession is terminated and then there may be another future for that mosque,' said Jambon. The committee wants a recognized organization with different Islamic flows to manage the prayer house without foreign funding.

Last week, the government declared one of the mosques' imams to be an unwanted stranger. According to Secretary of State Theo Francken (Asylum and Migration), the man is 'a rationalized salafist', a danger to society and national security, and thus has to expel the country. The Imam has objected to the withdrawal of his right of residence.