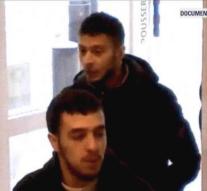 brussels - Belgium Wednesday extradited a suspect in the bombings in Paris in France. It concerns the arrested in November Hamza Attou, the federal prosecutor's office announced Thursday.

The 21 year old took Attou terror suspect Salah Abdeslam in from Paris after the events of November 13, along with co-defendant Mohamed Amri. Abdeslam has been previously transferred to France.

Belgian Justice recently gave the green light for the extradition of four other suspects to France. These next Amri, Ali and Mohamed Oulkadi Bakkali also Abrini Mohamed, better known as the man with the hat 'who walked with explosives on March 22 in Zaventem Airport in Belgium. This quartet is still in a Belgian cell.