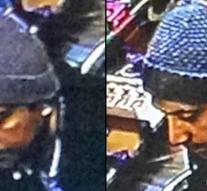 brussels - Justice in Belgium is looking for two new suspects involved in the attacks in Paris, whose identity has not been established yet. Justice announced on Friday that the two along with the fugitive terror suspect Salah Abdeslam traveled twice in a rental car to the Hungarian capital Budapest. The vehicle was checked at the border between Austria and Hungary.

The two suspects used false identity cards in Belgium in the name of Samir Bouzid and Soufiane Kayal. The name of the last one house was rented in Auvelais, where late last month though a search is done. On behalf of Bouzid on November 17 money transfers to Hasna Ait Boulahcen, the woman who was killed in the police action in Saint Denis near Paris.

What was the role of the two further in the attack, is not known. The Federal Prosecutor speaks Friday in a statement,null, certain preparatory operations ''.