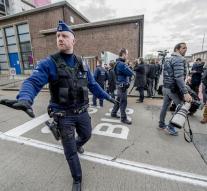 brussels - The Belgian government is Friday accepted a proposal to allow victims of terrorism to life. They get right to be paid a pension and the cost of medical and psychological help.

At the so-called statute worked for national solidarity since the attacks on the Zaventem airport in March last year and Maelbeek Metro Station in Brussels. While 32 were killed and more than 300 injured. complained some victims and survivors about the bureaucracy when they knocked for support.

Only Belgians or people who live permanently in Belgium qualify for the lifelong support. It is about survivors of an attack and partners, children, parents and grandparents of victims. Help is also provided to people affected by terrorism in another country.

The Statute is based on that war victims. The parliament has yet to approve the proposal.