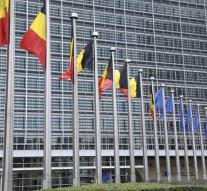 brussels - Belgium has halved the maximum duration of diplomats from the DRC to six months. The Ministry of Foreign Affairs, which decided in response to the alarming situation in the former Belgian colony.

Last month, at least fifty people were killed in fighting between security forces and protesters angry about an attempt by President Joseph Kabila to stay longer in power.

The Electoral Commission said he expected Saturday that the presidential election next month, but will only be held in December 2018. The highest court has ruled that Kabila can to stay until there's chosen successor. He has been president since 2001, but the constitution does not allow himself proposes re-election.

The US has already imposed sanctions on three aides Kabila because of human rights abuses and blocking the democratic process. The European Union has not yet had, although France wants to consider.