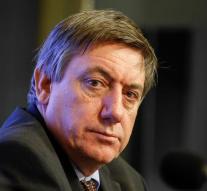 brussels - At three Belgian stations where high-speed trains stop, last month, 22,000 luggage of around 17,000 passengers have been checked for weapons, ammunition and explosives. 170 people were picked out for thorough control.

Security officers have conducted random checks on the Brussels-South, Antwerp-Central and Liège-Guillemins train stations since the middle of July, a measure taken in the fight against terrorism. Anyone who is taken out of line must be scanned by a metal detector port and the luggage. In 95 percent of the cases in which the police were called in, it involved the possession of firearms, told Minister of Security and Home Affairs Jan Jambon.