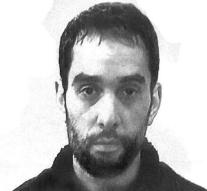 brussels - The Belgian police was Friday, when she performed at six sites house searches, looking for 'topterrorist 'Oussama Atar. The 32-year-old Atar, who is considered the pioneer of the Belgian Foreign rebel fighters in the Syrian Civil War, but a lucky escape, writes the Gazet van Antwerpen.

Atar is a cousin of the brothers El Bakraoui, which blew up in March at the Brussels Zaventem Airport and Maelbeek Metro Station. He already shortly after the US invasion of Iraq in that country acquainted with Abu Bakr al-Baghdadi, now the leader of Islamic State. Since then he has, according to the Flemish newspaper a major IS pawn in Belgium.

The police arrested Friday among others the mother and sister of Atar, but they arrived several hours later, again free. Explosives, weapons or other incriminating things are not found in the homes.