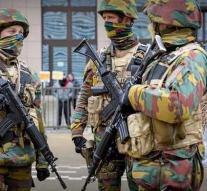 bertrix - Four Belgian soldiers were injured when a missile grenade accidentally went into an ammunition depot in the Ardennes. One of them is seriously injured in the hospital, the other three are slightly injured. The projectile entered the munitions bunker a few meters further against a wall to a halt without exploding, according to a defense spokesman.

The incident took place in an army barracks in Bertrix in the Belgian province of Luxembourg. The soldiers were engaged in maintenance work on the ammunition. The bunkers are above the ground.

An investigation has been carried out into the cause of the accident.