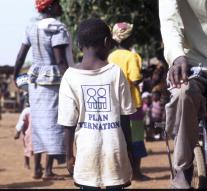 brussels - Certainly three children adopted by Belgians adopted from the Congo prove to be no being. According to the newspaper The Last News, kidnapped children still have biological parents in their native country.

The Congolese parents told journalists how their children were taken away by a list. They could supposedly be in a holiday camp with a youth organization, but did not return. The children were kidnapped and placed under false names in an orphanage.

The Belgian adoptive parents knew nothing and responded emotionally to the news. 'Never wanted to push a child away from his biological parents,' it sounded. The parents of the children in Congo wanted to return their offspring, but no longer count on it.