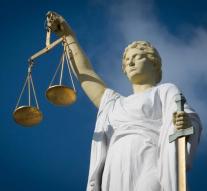 antwerp - Racist statements on the Facebook page of the extreme-right Flemish Defence League (VVL) are the subject of a lawsuit. Justice in Antwerp is concerned with the subpoena following a complaint equal opportunity center Unia filed last year. The lawsuit is possible in the autumn.

Unia is the recent case of Ramzi Kaddouri, a fifteen year old boy from the Flemish Genk who died Saturday in Morocco after adding a quad bike accident in the file.,, He 's good example. He immediately stays over there 'could be read to include the VVL page, as well,, We are sorry that no two were on. ''


Unia is pleased that the Public Prosecution Service picks up the case. Which statements are perceived is still viewed punishable, a spokesperson of the Prosecutor.