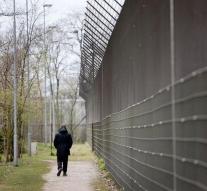 brussels - In Belgian prisons, two hundred detainees have to sleep on the ground. Particularly in Antwerp, Ghent and Hasselt, single-celled ten-square-meter cells are often used by three detainees. Two sleeping in a bunk bed, number three is on a mattress on the floor, according to De Morgen and Het Laatste Nieuws.

The unions speak of states that you only see in a 'banana republic'.

The ministry is working on a solution. Between 2010 and 2016, the Belgian government rented space in the prison of Tilburg due to the cell shortage in their own country.