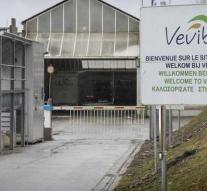 bastten - Veviba, the Belgian company that is the center of a food scandal, exported meat to Kosovo in 2016 that was twelve years old. The labels were torn off.

The Belgian newspaper Het Laatste Nieuws was able to view court documents, and cites: 'On 19 September 2016, a truck with meat from Veviba in Bastogne arrived in Kosovo. Most of the labels were torn apart. The leftovers that were still visible showed that the meat dated from 2004. The labels also showed that part of the meat came from the slaughterhouses of Izegem and Harelbeke. It was repacked in boxes with the brand number of Veviba. '

Twelve years old meat does not necessarily have to pose a danger to public health. 'At least as long as the cold chain was not interrupted and the meat was always kept at-18 degrees', says Bruno De Meulenaer, professor of Food Technology at Ghent University. 'Microbiologically there is no immediate problem, you do not get sick of it. But in any case, these are practices that can not be controlled. '

The Belgian agriculture minister Denis Ducarme describes the abuses at meat company Veviba, which fiddles with labels and freezing dates, as 'mafia practices and fraud on a large scale. '