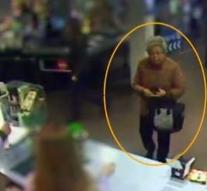 maastricht - A 38-year-old woman from the Belgian Vroenhoven is stuck because of involvement in the death of a 82-year-old Maastricht Rini Ansems. The body of the elderly resident was found in her home in the Wolder district at the end of January. She was killed by a crime.

The police investigation led to Belgium. The woman was arrested by the Belgian police on Thursday afternoon. There have also been searches. The Public Prosecutor of Limburg has asked the Belgian Justice to transfer the suspect to the Netherlands.

Residents had hit an alarm in January after the woman had not been seen anymore.