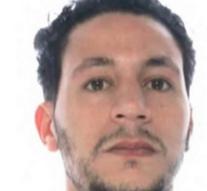 - The according to police dangerous fugitive Belgian Ilias Zohrie (27) may be hiding in the Netherlands. According to a search warrant of the Belgian police that the Dutch police has now spread well.

On Sunday, July 10th, there was a brawl at The Villa dancing on the Islet in Antwerp, in which knives were used and the victim was seriously injured. One of the suspects is Zohrie Iliad. He victims received death threats and is now wanted by the police.

Zohrie has dark curly hair combed back and a spot above his left mouth. He is considered extremely dangerous and may be armed with a firearm. The police approach emphasizes not himself but to call the emergency number 112 if anyone sees him.