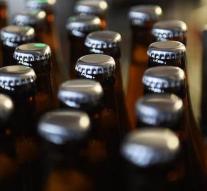 - The Belgian beer culture is now intangible cultural heritage. The UN organization UNESCO has decided it Wednesday in Ethiopia.

The ministers of the Belgian regions react in a statement welcomed the news. Flemish culture minister Sven Gatz speaks of 'a major moral boost for the beer culture in our country. '' We love our beer, and appreciate the infinite diversity of it, which is unmatched anywhere in the world. '

UNESCO is not just to talk about how Belgium protects its beer culture and brings to the man, but also the diversity of the art of brewing. There is glory for the way the southern neighbors excessive alcohol to try to counteract.

Include the carnival in Binche and Aalst and shrimp fishing on horseback in Oostduinkerke were already on the UNESCO list.