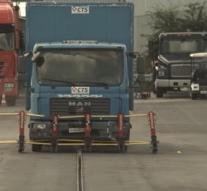 brussels - A solution against terrorists in trucks? Disneyland Paris and Roland Garros have chosen a mobile barrier of Belgian brokerage.

After the attack in Nice, Marc Weissberg of the Flemish company Pitagone broke his head over possible solutions. Something must happen, Marc thought. Later there would be more bloody attacks with vehicles, including in Barcelona. 'Blocks and concrete blocks had nothing to do with such violence,' says Weissberg against Het Laatste Nieuws, targeting the attack in Nice. 'Then we put the heads together and developed a mobile system. '

According to Weissberg, permanent measures are not a solution. 'Our philosophy is that you never know in advance what the danger is from. So it had to be a flexible system. No heavy and expensive changes to the infrastructure of a square. No concrete blocks where you need cranes and a lot of manpower to place them. '

He points out that security services can see an attack, and have time to anticipate it. 'A mobile barrier that can build one person in a few minutes. '

On the Internet, videos can be seen from a test, which involves a heavy-duty truck on the relatively small barrier, and does not stop completely, but is being hampered. Disneyland Paris has already ordered them, like Roland Garros, and the Swedish city of Malmö. Conversations are still being held with Dutch customers.