Home / World / 'Beginning of the end for Merkel's chancellorship' 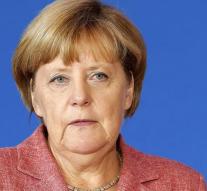 - The results of the elections in Mecklenburg-Vorpommern according to the leader of the populist anti-immigration party AfD of historic proportions.

Leif-Erik Holm responded to the exit polls of the German broadcasters ARD and ZDF who are party second show coming out on top.

,, It is the icing on the cake that we have ousted the CDU instead of two, '' said Holm.,, Maybe today is the beginning of the end of the chancellorship of Angela Merkel. That must be our goal. ''


It was Sunday, the first time that the AfD in a state participated in elections.