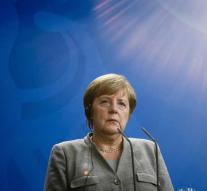 munich - Around 9.5 million voters in Bavaria can vote for a new parliament on Sunday. According to opinion polls, a totally different parliament is elected than the conservative state is used to. The Christian Social Union (CSU), which had been running for decades, would suffer considerable losses under the leadership of Prime Minister Mark Söder.

The CSU, with the exception of the years 2008-2013 when the party needed coalition partner, ruled with an absolute majority of Bavaria for decades. In 2013, the CSU gained no less than 47.7 percent of the votes.

On Sunday, only a third of the voters would vote for the CSU. This can cause political turmoil, not only in Munich but also in Berlin around the coalition of Chancellor Merkel. Second party, according to the Greens, is about one fifth of the votes. A total of eighteen parties participate.

Bavaria is in terms of population and economy the second federal state of the Federal Republic.