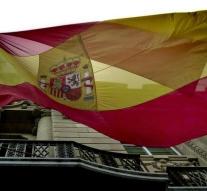 Leandro was the result of the relationship that had Alfonso in the Spanish top actress Carmen Ruiz Moragas. The two saw during fifteen years of each other. The court found the evidence of its origin at the time so decisive that no DNA test was done.

Alfonso XIII was the grandfather of the present King Felipe VI.