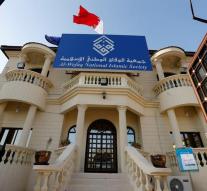 The funds would be added to the state treasury. The decision follows after a judge had agreed earlier with a request from the Ministry of Justice to close the office of al-Wefaq. The group moves, according to the department,, in political, religious and foreign 'waters, reported state news agency BNA.

Al-Wefaq won in 2010, eighteen of the forty seats in the parliament of Bahrain, but gave it up out of dissatisfaction with the crushing of a protest movement that demanded more democratization. The Shiite majority of the Gulf state wants a greater voice in government, which is still firmly in the hands of a Sunni elite that enjoys the support of Saudi Arabia.