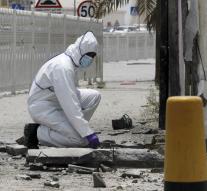 manama - Bahrain has 47 members of a terrorist group arrested. The group has a relationship with " terrorist elements in Iran," said Wednesday the Ministry of Internal Affairs of Bahrain.

The state news agency of the Gulf state said that the government plans had been in the hands of the group which showed that the terrorists " within days " wanted to carry out an attack. The police in raids in several places to hide explosives and weapons seized.

Last month, Bahrain recalled its ambassador from Iran back after security forces had found a large plant for the production of bombs. Even when authorities said that the arrested suspects had ties to Iran.

Bahrain 's Sunni and Shiite Iran life has long been at odds with each other.