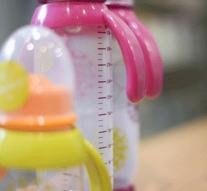 knokke - A baby of eight months old deceased after it was administered by doctors accidentally nitrous oxide instead of oxygen. Two anesthetists and two members of the AZ Zeno Knokke have to answer now before the court.

The small Jasper died in November 2012 at a routine procedure in a brand new surgery department of the hospital. The pipes with the two gases would be changed according to Belgian media. Jasper fell into a coma and died several days later.

Also the company that the work is carried out at the department sued.

The doctors and executives hang sentences of three months to two years in prison and fines of between 300 and 6000 euros overhead.

The lawsuit dragging on for years and was postponed again, even though the investigation has long been completed. The parents drove from Jasper to despair, Het Nieuwsblad writes.