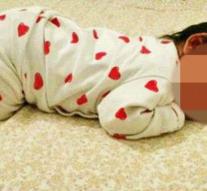 - A forty days old girl in Germany on auction site eBay for sale for 5000 euros. Police in Duisburg now investigating who Mary put on sale.

It is a descendant of a family of refugees residing in the Federal Republic a year, Der Spiegel reported. From Internet data show, according to the police that the ad is sent via the Internet from the 20-year-old mother and 28-year-old father, who live with the child in Duisburg-Rheinhausen. But relatives and neighbors were able to use the terminal. The parents deny that they have put the ad on the Internet.

The ad was according to eBay only half an hour online. The Internet company was rejected by dozens of users on the remarkable range, after which the company removed the ad and alerted the authorities.