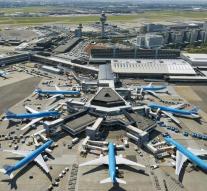 - The terrorist attacks in Spain have financially damaged aviation companies on the stock exchange. In Europe, funds such as Air France KLM dropped after falling stock prices on Wall Street and Asian stock exchanges.

The European Air France-KLM combination was the biggest daler in the MidKap with a loss of 3%. IAG, the parent company of Spanish Iberia and British Airways, lost 2.9% in London.

In Frankfurt, Lufthansa decreased 2.1%. The budget airlines Ryanair and easyJet dropped 2.5 and 2.9%.

Follow here more news about the terrorist attacks in Spain.