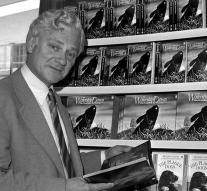 london - Richard Adams, English author of the book Watership Down (Watership Down) is deceased at the age of 96. It has notified the daughter of Adams to the BBC.

Watership Down was published in 1972 and is about the journey of a group of rabbits who start a new colony. The book became an international bestseller and was made an animated film of the same title in 1978. The song Bright Eyes from the film, played by Art Garfunkel, became a worldwide hit.

Adams was born in Newbury in 1920, was the son of a country doctor. The story invented about the rabbits and he told during long car rides to his children. Only later he decided to put it in writing. It was the beginning of his career as a writer.