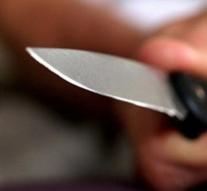 bregenz - A 14-year-old boy has attacked his parents in Austria with a knife. His 51-year-old father died. His mother was injured. The boy himself also suffered injuries.

Both are in the hospital. The boy is under police supervision, reports the Voralberg police on Sunday. The sting party took place on Sunday in Götzis on Saturday night, about 25 kilometers south of Bregenz on Lake Constance.

The motif for the sting is still unknown. According to police, the 52-year-old is not in danger of life.