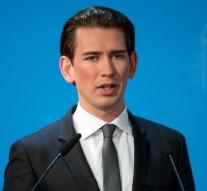 - Foreign Minister Sebastian Kurz has summoned the Turkish ambassador to explain what Ankara has to do with the demonstrations Minister Recep Tayyip Erdogan in Austria.

He wants to know if Turkish authorities has encouraged thousands of Austrians taking to the streets to express support Erdogan after the failed coup.

,, We want rises clarity about which side Turkey, '' said Kurz Thursday in a radio broadcast of the ORF.,, Second, we have evidence that the pro-Erdogan demonstrations were held in Vienna on direct request from Turkey... and that is impossible. We wish to protest strongly against. ''


Erdogan called on Wednesday a state of emergency for three months, after the purges in the government apparatus (army, police, education, judiciary) have expanded.