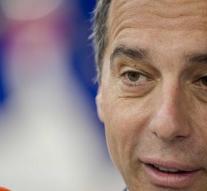 vienna - A dispute between Austria and Italy about possible checks at their common border is based on a 'misunderstanding.' This said the Austrian Chancellor Christian Kern Wednesday, assuring Rome that his army has not used any tanks at a major border crossing.

The Austrian Minister of Defense, Hans Peter Doskozil, declared 'very soon' to introduce border controls at the border with Italy to stop migrants. This provoked an angry reaction of Rome. An official of his ministry had added that four armored vehicles and 750 soldiers were ready to be deployed if necessary.

'One must clear misunderstandings, as apparently originated with Italy,' said Kern one day later at a joint press conference with Doskozil.