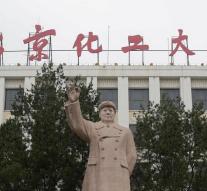 sydney - Australian cities Sydney and Melbourne have canceled two concerts in memory of the Chinese communist leader Mao Zedong. That happened after protests from the large Chinese community in Australia.

The organizers of the concert wanted to dwell in the town halls of the towns in the death of the 'Great Helmsman', on September 9, forty years ago. However, the Chinese communities in Sydney and Melbourne were up in arms because they deem Mao responsible for the deaths of millions of Chinese during his brutal rule.

The local authorities then decided to cancel the event for safety reasons.


About one million of the 24 million Australians have a Chinese background.