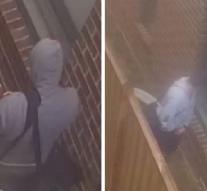 melbourne - The police in the Australian city of Melbourne are investigating a striking burglary, in which the perpetrator has been entertained for hours of his victims home. The burglar cooked according to Australian media for himself, used a toothbrush, masturbated and played on the Playstation.

The man insisted the house in Cranbourne North suburb last week while the residents were home. Because there is a camera in the area, the police could find that the perpetrator was in within five hours. During that period, the unknown twenty-one thought it was good. He would have even gone to a bath.

The man finally pulled clothes from a resident of the house. Then he left with stolen electronics. A police spokesman speaks of a very 'strange' case. A small boost is according to the newspaper The Age that the burglar leaves quite a few DNA traces.