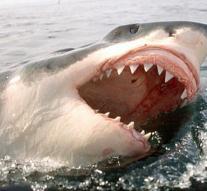 sydney - Australia goes along the coast of New South Wales drones bets to avoid shark attacks. Has announced that the local government, writes The Sydney Morning Herald. The drones have equipment on board to monitor the real sharks. They fly from December, when the beach season begins, above the beaches of Sydney and other popular resorts.

Also coming on five beaches sonar detection systems and is an app created that will alert people when there is a shark nearby. The project will cost a total of 16 million Australian dollars (nearly 10.5 million).

In the state of New South Wales last year, thirteen people have been attacked by a shark. One was a deadly attack.