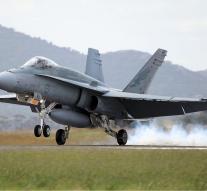 canberra - Australia has confirmed that the country has received a request from the United States to send more military resources to the Middle East. That made ​​the Australian news channel ABC announced, without saying how it got the information.

US Secretary of Defense Ashton Carter made ​​the request earlier this week to all countries in the coalition conducting air strikes against Islamic State of Iraq and Syria.

It is not yet known how Australia has responded to the request.