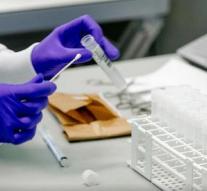 appingedam - The police arrested a 52-year-old Vlissingen resident on suspicion of attacking a 7-year-old girl at Appingedam in 2007. The man could be arrested last Thursday after a DNA match.

The criminal offense occurred ten years ago on the Marsumerweg between Holwierde and Appingedam. There the girl was hit by the bicycle by a white delivery car. The driver of the car initially seemed to care about the girl, but then began to look after the girl.

After the assault a major search was made, but the result remained. The DNA track found was stored in a national database. The same DNA was found in July in another case. Thus the police could hold the Vlissinger last Thursday.