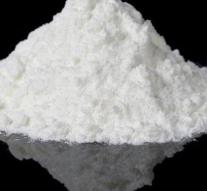 - Mexican drug cartel of Sinaloa attempted to smuggle three hundred kilos of cocaine to the Netherlands using cylinders for a sugar cane mill. This Paraguayan media reported after the arrest last week of four Mexicans in Paraguay.

They are suspected of belonging to the notorious Sinaloa cartel and to set up a trading company in Paraguay with the intention there to smuggle drugs. The custom came to the outskirts of the capital Asuncion on large cylinders which came from Mexico and had to go to the Netherlands. They were found to contain cocaine.

Paraguay itself is not a country which produces cocaine, but it is a transit country for traffickers, among other Colombian and Bolivian drug. The country is ten times as large as the Netherlands and is less than 7 million inhabitants populated relatively thin. Many of the borders are unguarded.