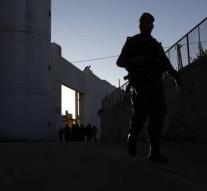 jerusalem - Three men were killed on Friday near the Temple Mount or the Sacred Sanctuary in Jerusalem's Old City, after they opened fire on police officers. Three Israelis were injured, two of them seriously.

Israeli media reported that three armed terrorists walked to the Leeuwenpoort on the north side of the sanctuary and began shooting when they saw agents. They then headed towards the Islamic memorial site of the Rotary, but were captured and shot by the police.

The sanctuary with the Rotary dome and Al-Aqsamoskee was cleared and closed on Friday after the shooting. It is for the first time in years that the Israeli police close the complex.