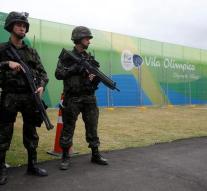 - Brazilian police Thursday arrested several people who would have prepared an attack on the Olympics.

According to the Brazilian news site Globo News the group has ties to Islamic State. However, this has not been confirmed.

The Olympic Games are about two weeks of launch.