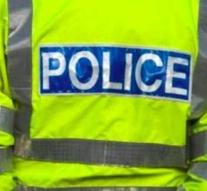 manchester - During a shootout in Manchester, at least three wounded people were injured around 3.30 am on Sunday morning. That reports the British police via Twitter. The incident happened in the Moss Side district where at that time the Caribbean Carnival festival was in progress, causing a lot of people to get up and running.

According to the police, the wounded are not in danger of life. Some have only minor injuries. The police have started a major investigation and are looking at the camera images of the neighborhood.