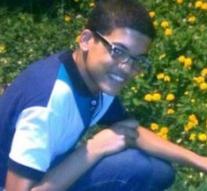 - The security in Egypt tortures widely opponents of the regime. The 14-year-old Asher is one of them. His sister tells CNN how he was taken and subjected to mental and physical horrors.

'He had several wounds on his lips, his head, his arms and his chest. Caused by electric shocks, 'says Asher's sister. 'They showed no mercy, even though he is only 14 years. They hung him a whole day to his wrists. '

Asher was taken away by officers who said they wanted to ask him a few questions. ' The next 34 days could hear his family from him. Currently he is in jail pending his case.


Asher is just one of the many Egyptians who simply disappear. The National Security Service arrested hundreds of opponents who are intimidated in this way. Amnesty International writes in the report, Egypt: Officially you do not exist: Disappeared and tortured in the name of counter-terrorism that these practices are ongoing since early 2015.

Hundreds of students, political activists and opponents to be addressed. Once owned by the state, they disappear without leaving a trace. Amnesty says based on information from NGOs, which are not tied to the state, which are picked up daily three or four people by the security forces. Heavily armed members of the secret service stormed the house of a person and the person carrying. Who is captured, sometimes months blindfolded and handcuffed detained.

The human rights organization called the method an important tool of the Egyptian government. Who should raise its voice against the regime runs the risk of arrest and torture by the security forces. The West provides Egypt with weapons and regards the country as a key factor in the fight against terrorism. Nevertheless, Amnesty calls on Member States of the European Union and the United States to use their influence to stop the practice.