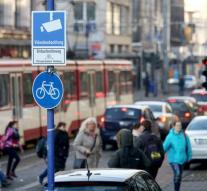 duisburg - Special units have arrested two men in Duisburg police who had plans to assassinate Centro shopping center in Oberhausen. It's about two brothers of 28 and 31 years old who were born in Kosovo, as police reported on the night of Thursday to Friday.

'At this moment feverishly studied how far the preparations have progressed and if there are multiple people involved are,' the police said. More information would not give the authorities.

Earlier in the day the police after information security with many men plucked to the mall and the nearby Christmas market. After the closure of the shops and the Christmas market around 22. 00 pm left a large part of the police.