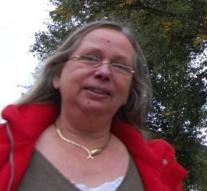 leather - A 55-year-old man was arrested following the disappearance of a wealthy woman from Leer, an East Frisian town on the German border at Nieuweschans. The 66-year-old woman, Gerda Basse, left in October 26 with her car her home in Leer and has since been missing. The police assumes a crime. Where the detainee is suspected, likely to be announced Monday.

The woman, according to German media millionaire and owns, inter alia, a series of homes in East Friesland and property in Hamburg, including a property sale for nearly 2.8 million state.